I peer into the strollers of strangers. I do this the way others peer into mine, but I’m not looking for the same things. They are looking, I believe, to adore a baby as the baby is expected to look. They are looking to measure the baby up against their memories of the babies they held years ago. They will even guess how old and they will mentally chart what babies do at that age and how many pounds babies are at that age and how tall. And in most strollers, they will see what they are looking for and more: boy or girl, hair or not hair, brown eyes or blue. They will delight in the expected.

I am peering into the strollers of strangers in the hopes that I find the unexpected. A feeding tube. A hearing aid. A slack body in need of support. Some indicator that suggests I might have found camaraderie. People who don’t parent kids with disabilities might not get this. They might think I’m “wishing disability” onto someone else. But that’s not the case. I am looking for difference in the babies, and in that difference, some kind of sameness between the mothers and me. Some kind of club membership and some kind of friend.

But I usually only see babies who look as babies usually look. Out in public, I remind myself of numbers. Your girl is 1 in 50,000, I say to myself. Even Down syndrome is 1 in 700. There are not too many like you.

I push a double stroller now. They are twins, people say. 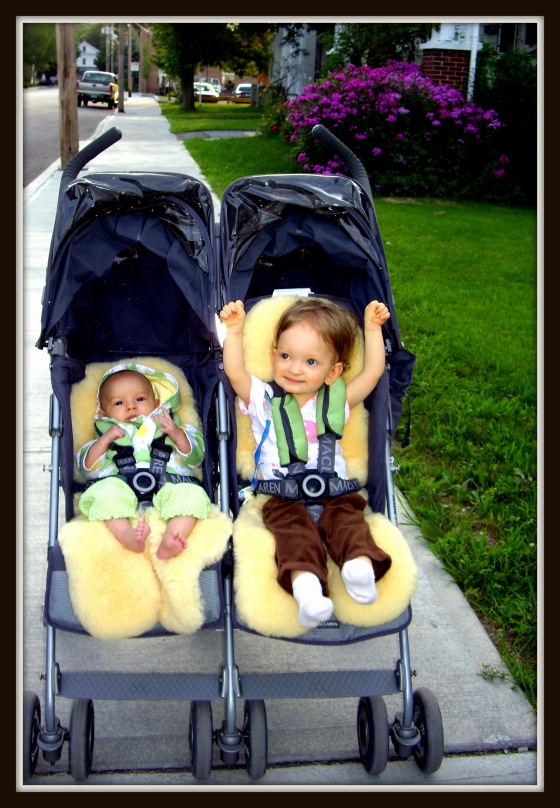 No, I say. Two years apart, I say. Chromosomal condition, I sometimes say.

I was reading for fun. I’d put the day to rest, put the to-do’s aside, backburnered my own writing projects and the calls I needed to make for Fiona’s medical care and the worries I catalog (many of them lately about her spine). The window behind me was dark. The video monitor showed Fiona fast asleep. Those weird whale sounds that play from the stuffed sheep had lulled her. The whales were still moaning, and I was reading for fun.

And then, out of the blue, I read something that felt like a punch in the stomach.

I was reading an anthology about parenting. The collection had been smart, witty, moving, all the things you expect. I was midway into an essay about why the writer doesn’t want a child. I was punched unexpectedly by this:

Did you catch that? Did you feel the punch, too? Three years ago, I would have caught nothing. I doubt I would have felt anything. So I don’t blame you if you don’t feel keenly the response that I do. But now, the sentence is enough to punch me in the gut, and I feel something stuck in my throat, and I pause on the words, my brain half going numb at the sight of them, and I sort of forget to breathe.

She just likened my daughter’s life to a disaster.

It’s not the first time I’ve been reading for fun and been jabbed unassumingly by an ableist line. Here’s an excerpt from Wikipedia’s definition of Ableism: “the ‘ableist’ societal world-view is that the able-bodied are the norm…. A disability is thus, inherently, a ‘bad’ thing that must be overcome. The ableist worldview holds that disability is an error, a mistake, or a failing, rather than a simple consequence of human diversity, akin to race, ethnicity, sexual orientation, or gender.”

Whenever I read something that hurts me as that essayist’s sentence did, I ask if I’m being too sensitive. Surely the author hasn’t envisioned my daughter’s life specifically as a “disaster.” So I fill in other phrases and imagine how readers would react.

What if, for instance, the author had listed, among such possible so-called “disasters,” conceiving a gay child? A female child? A black child?

Terribly offensive, right? 100% not okay. The editor of the bigwig NYC publishing house would have slashed that sentence immediately.

Which makes me wonder: Why have the lives of people with disabilities remained socially acceptable to demean or dismiss? Why is the above experience not anomalous? Why is it that, from time to time, I find myself punched in the gut by an otherwise well-meaning writer? Why is it allowed, even in the most unabashedly liberal media outlets, to call a baby with disabilities “defective”?

I know one thing, which is enough to console me, and even enough to let me forgive: if the aforementioned essayist met my daughter, she wouldn’t be able to use the word “disaster.”